Riot or Revolution? by Guy A. Sims

A friend of mine posed this question as he watched the events of today in Baltimore, Md. Is there a difference between revolution and rioting?  Today is the day of the funeral of Mr. Freddie Gray, the 25 year old man who died in police custody after being arrested on weapons charges.  He succumbed to spinal cord injuries which ignited outrage toward the Baltimore Police Department; An all-too-familiar ending to and all-too familiar tale of high profile deaths of African Americans at the hands of law enforcement.

On this, supposed to be a Day of Mourning, civil unrest, for a better use of wording, has taken to the streets of West Baltimore; A CVS looted and burned, a liquor store looted, cars damaged and/burned—all this with no end in sight as the sun goes down and the weather accommodating enough for people to continue to be outside.  On this Day of Mourning, a day asked by Fredrika Gray, to be peaceful, to be free of violence, in her brother’s name, stated clearly and emphatically, “Freddie would not want this”.  This sentiment is echoed by Baltimore’s mayor, Stephanie Rawlings-Blake, two women from different stations in life–with the same message. 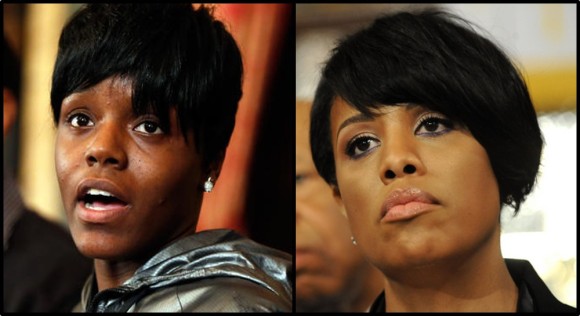 So the question, revolution or riot—what is the line?  Is it looking for justice or for a case of liquor?  Is it to converge on the City Hall or to purge the local mall?  Is it to turn the injustices of the pathos in policing or simply to turn and burn police vehicles?  Is it to raise awareness of social injustices or is it to raze the local business?  Is it to ignite the call to stand up and demand more or to ignite a church into another destroyed institution?

The challenge is that our young do not know the difference between revolution and rioting.  Both can be borne out of anger.  Both can come from seeds of frustration and discontent but there is still a fundamental difference.  Rioting has no direction.  It moves like fanned flames, destroying everything in its path. Revolution knows what it wants; change, power shift, and justice.  Rioting seeks to satisfy the immediate without regard for anyone.  Revolution seeks to make the greatest difference for the greater society.  When the fires of rioting burn down, only embers of waste and destruction remain.  For revolution, it seeks a new day, new thinking, and new ways to engage.

In the morning in West Baltimore, what will people see?  Burnt out cars, storefronts, and buildings.  The smell of misguided folly will still linger in the air.  Worst of all, the conversations around the revolutionary ideas justice, of better policing, building neighborhoods, and working for a brighter future will be overshadowed in the media and minds by actions that served to move nothing.

Rioting or Revolution?  Which will be your answer?

Guy A. Sims is the author of the forthcoming Brotherman graphic novel, Revelation. He is also the author of the romantically romance novel, Living Just A Little, and the crime novellas, The Cold Hard Cases of Duke Denim.     Contact or comment at guysims.com or @guysims6